When starting a range of figures the inevitable question of "Will they be compatible with Foundry/GB/Old Glory/Any other manufacturer, pops up. Its an understandable question as lots of us have ranges from other companies and often people are looking to fill in gaps in their own collections. Fair enough.

Trouble is, and I know a number of other sculptors who feel the same way, we are generally not interested in trying to replicate someone else's range of figures.

One of the reasons we might take up producing a range of figures is we feel that whats on offer in the market is not as good as it could be, and we seek to provide the customer with what we consider a better product. I don't know of any sculptor who has other peoples figures on their desk, trying to match their's up with them. Sculpting is an art form and we produce figures like any artist, to please ourselves first. That may sound a little selfish, but you have to be pleased with your product before you'll want to release it to the public. Therefore size and style are chosen to appeal to ourselves. Its not always done consciously either.

The two ranges I'm going to be working on over the next 12-18 months are both also made by Foundry (Sikh Wars/FPW). I'll make no secret of the fact that I'm a huge fan of the Perry's range. Probably the only figures from another manufacturer I ever buy (other than maybe Artizan, just for character and I like Mike :) ), and these 2 ranges are probably the best out there still, even though they were made almost 2 decades ago now. The Perry brother have come a long way in sculpting style and technique since then, as have lots of other sculptors, and even though currently the best out there, technique wise, they now look a little dated. I'm sure they would probably agree compared to what they produce now.

So why would I, or any other sculptor, want to replicate them?

Pretty much every figure produced over the past 10+ years has been in 28mm rather than 25mm. The days of 25mm is pretty much over (Begin composing your hate mail now on that one). Nobody sculpts that size anymore, 28mm is pretty much the standard and will be for the foreseeable future. Guys, just deal with it lol!
Stop asking us if our ranges will fit with other people, because 8 out of 10 times they won't. We all sculpt differently, and we don't have a fixed standard other than foot to eye measurement. Even then it may vary (I seem to remember my Early Saxon Warlord is 31mm. Never noticed till I finished him). No figure I ever make will fit in with early Foundry ranges. Sorry.

So there you have it. I know it may seem like a bit of a rant, but I assure you I was smiling as I typed. It's more of an infomercial. :)

Email ThisBlogThis!Share to TwitterShare to FacebookShare to Pinterest
Labels: Random thoughts and events.

Just the pistol and sword to add to this, but enough for today :) 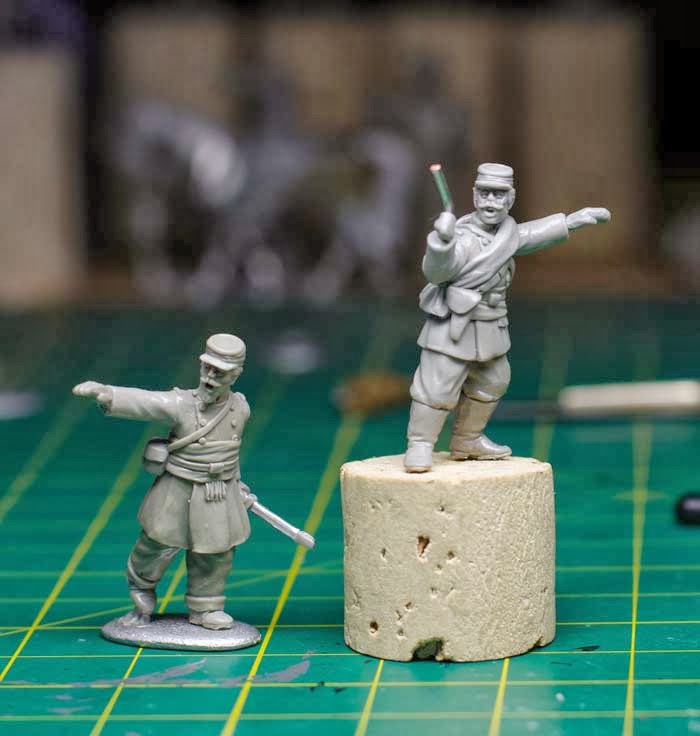 He's pretty much finished. Just some straps to do on his scabbard. Pretty happy with that :) 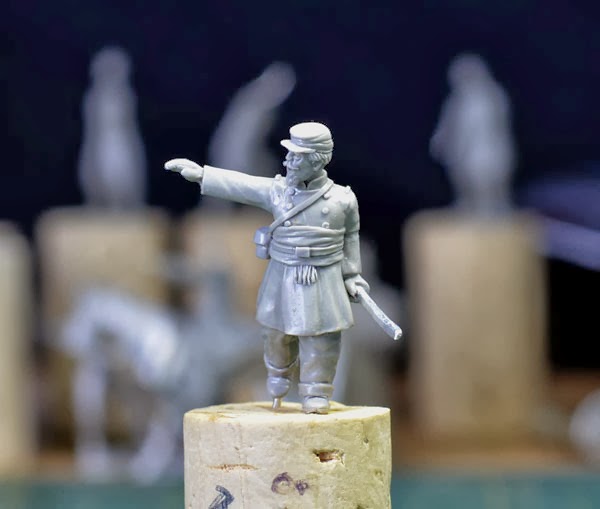 A quick shot of the first figures. I made the Prussian on the left just to scale all the figures off and their equipment. The center figure will be a French Infantryman and the right hand figure is a French Officer.

We will be covering the French Imperial troops to begin with, alongside the Prussian Army. Once they are pretty much done we will then start on Republican troops and Prussia's Allies. As you will guess, this is a large range of figures and will keep us busy for quite some time. :) 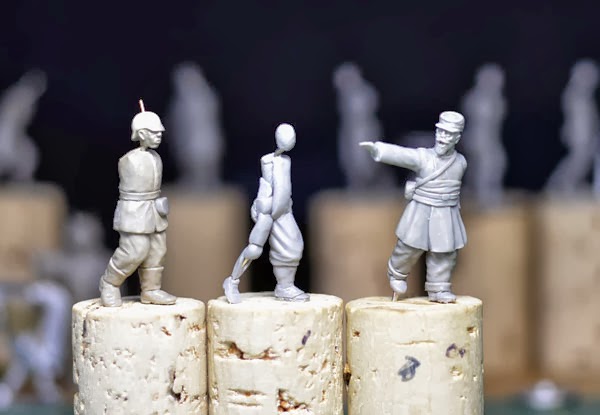 This will be the first of many posts that will keep you up to date with our new en devour in the world of historical miniatures. We plan to produce some of the finest 28mm historical miniatures available on the market so you can always look your best on the gaming table.

We will be opening with two periods in the coming months. They will be the Franco-Prussian War and Caesars Gallic Wars. We hope to have our first releases available around March/April followed by steady releases throughout 2014.

The initial ranges will be sculpted by Bill Thornhill (Musketeer Miniatures), with later ranges possibly introducing other guest sculptors.

Footsore Miniatures is a close collaboration between Donald Hauser and Bill Thornhill. We are both keen wargamers with a passion for good looking wargames armies. The aim is to create armies that look alive on your gaming table. So alive that your opponent will feel he's lost the battle before the first die is rolled, just from the sight of your troops facing him.

As soon as we have some finished sculpts we will be posting them, but until them, here's a shot of the workbench :) 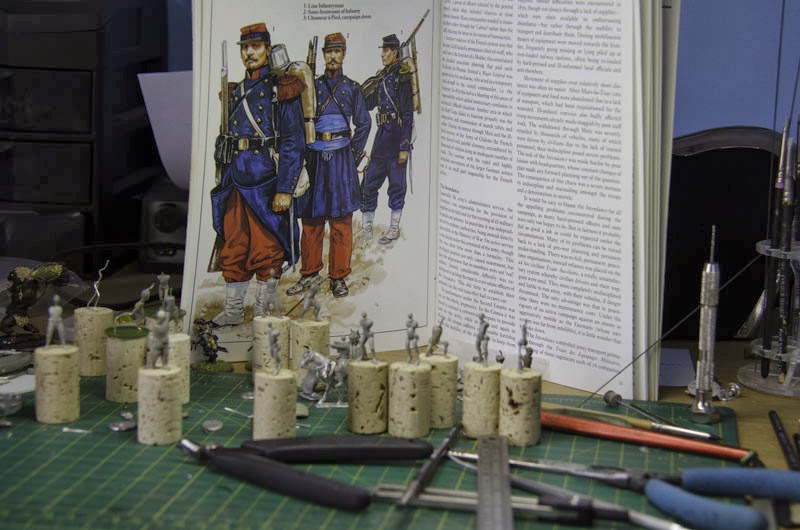 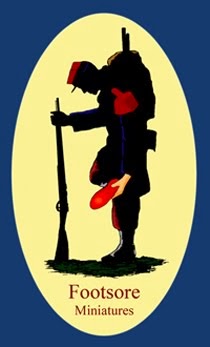